Rules for Kickin’ Ass for the Non-Military 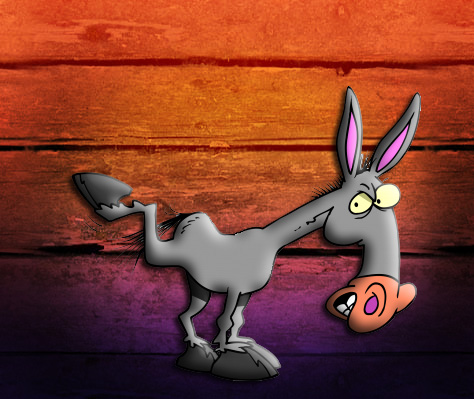 This just in (thanks Terri E.)

We know that the current state of affairs in our great nation has many civilians up in arms and excited to join the military. For those of you who can’t join, you can still lend a hand. Here are a few of the areas where we would like your assistance:

1.  The next time you see any adults talking (or wearing a hat) during the playing of the National Anthem — kick their ass.

2.  When you witness, firsthand, someone burning the American Flag in protest — kick their ass.

3.  Regardless of the rank they held while they served, pay the highest amount of respect to all veterans. If you see anyone doing otherwise, quietly pull them aside and explain how these veterans fought for the very freedom they bask in every  second. Enlighten them on the many sacrifices these veterans made to make this Nation great. Then hold them down while a disabled veteran kicks their ass.

4.  If you were never in the military, DO NOT pretend that you were. Wearing  battle dress uniforms (BDUs) or Jungle  Fatigues, or telling Others that you used to be ‘Special Forces.’ Collecting GI Joe memorabilia might have been okay when you were seven years old, now it will only make you look stupid and get your ass kicked.

5.  Next time you come across an *Air Force* member, do not ask them, “Do you fly a  jet?” Not everyone in the Air Force is a pilot. Such ignorance deserves an ass-kicking (children are exempt).

6.  If you witness someone calling the Coast Guard ‘non-military,’ inform them of their mistake — and kick their ass.

7.  Next time Old Glory (the US flag) marches by during a parade, get on your damn feet and pay homage to her by placing your hand over your heart. Quietly thank the  military member or veteran lucky enough to be carrying her.  Of course, failure to do either of those could earn you a severe ass-kicking.

9.  “Your mama wears combat boots” never made sense to me — stop  saying it! If she did, she would most likely be a vet and therefore would kick your ass!

11.  Last, but not least, whether or not you become a member of the military, support our troops and their families. Every Thanksgiving and religious holiday that you enjoy with family and friends, please remember that there are literally thousands of soldiers, sailors, marines and airmen far from home wishing they could be with their families. Thank God for our military and the sacrifices they make every day. Without them, our Country would get it’s ass kicked.

It’s the Veteran, not the reporter, who has given us the freedom of the press.

It’s the Veteran, not the poet, who has given us the freedom of speech.

It’s the Veteran, not the community organizer, who gives us the freedom to demonstrate.

It’s the Military who salutes the flag, who serves beneath the flag, and whose coffin is draped by the flag, who allows the protester to burn the flag.

AND ONE MORE: If you ever see anyone singing the national anthem in Spanish — KICK THEIR  ASS.

ONE  LAST THING:
If you got this email and didn’t pass it on — guess what? You deserve to get your ass kicked!

I sent this to you, not because I didn’t want to get my ass kicked, BUT BECAUSE YOU ARE VERY, VERY SPECIAL TO ME, I KNOW YOU WILL NOT BE OFFENDED AND ARE PROUD TO BE AN AMERICAN, AND WILL FORWARD THIS ALSO.

Veteran USAF (No, I didn’t fly jets, I fueled them)